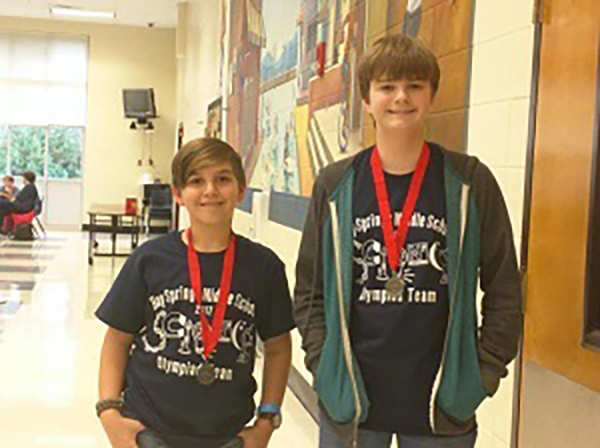 The team competed against the 48 other teams at Dodgen Middle School in Cobb County from 5 different states. Team members Zachary Burns and Owen Haynes competed in the Optics event which is an activity involving positioning mirrors to direct a laser beam towards a target. Zach and Owen were also to be tested on their knowledge of geometric and physical optics. These two students placed second among all of the competitors in this area.