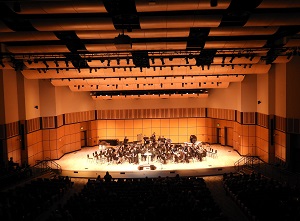 The Bowdon Cluster hosted its “Sounds of the Seasons” Christmas concert at the Carroll County Schools Performing Arts Center featuring students from all three schools. The program was directed by Matthew Bass and Cynthia Videtto and included an array of traditional holiday songs. Additionally, the Bowdon Band Boosters had a Festival of Trees display for attendees to bid on to support Bowdon’s premier music programs. Bowdon High School's Band has been invited to perform at the Chick-fil-a Peach Bowl on New Year's Day and has been signed to perform for the Atlanta Braves next season.​