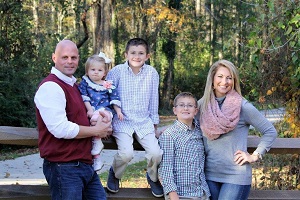 The Carroll County School System has named Rich Fendley as the new head football coach for Bowdon High School. Fendley comes to Bowdon from Westside High School where he was the Defensive Coordinator and Head Strength Coach.

Coach Fendley stated, “I am excited to be joining the Bowdon High School family as the head football coach.  Bowdon High School has a tremendous tradition of football success, and I look forward to working with the students, staff, parents and the community to carry on that tradition. My family and I are looking forward to moving to the Bowdon community to live and work.”

Zoe Evans, Principal of Bowdon High School stated, “From the beginning of the interview process, we have been committed to finding the best leader for the students of Bowdon High School, and we believe we have found that in Coach Fendley. Bowdon High School has a rich tradition of football excellence, and we are excited to see what someone with his enthusiasm, knowledge of the game, and passion for building student-athletes of character will bring to the program.  We believe that Coach Fendley brings a spark that will reignite the "Big Red Machine" and is the man who will rebuild our program to its storied past.”

Coach Fendley is a graduate of West Georgia College where he played four years of football.  Coach Fendley is married to Jan Floyd Fendley, has two children, Cole (14) and Blakely (1) and two step sons, Jaxon (10) and Madden (8).