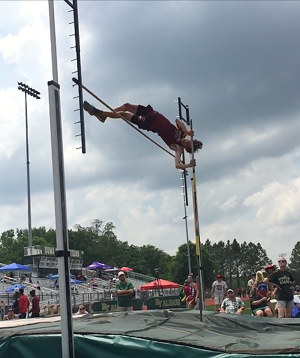 Athletes from all five Carroll County High Schools recently competed in several events at the Track and Field State Championship. We are proud to recognize the top finishers from each school.

Denae May: 7th in Discus