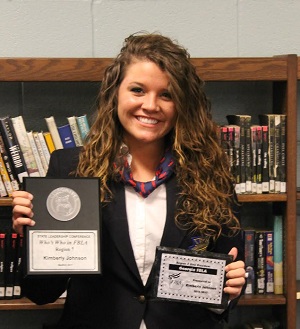 Kimberly Johnson, Central High School’s Future Business Leaders of America (FBLA) Chapter President, was awarded the Who’s Who in FBLA honor at the FBLA State Conference in Atlanta. Johnson was the only student selected to receive the Who’s Who honor for Region 7. In addition, she was also recognized for being the Region 7 Vice President. Johnson has been a member of FBLA for four years.