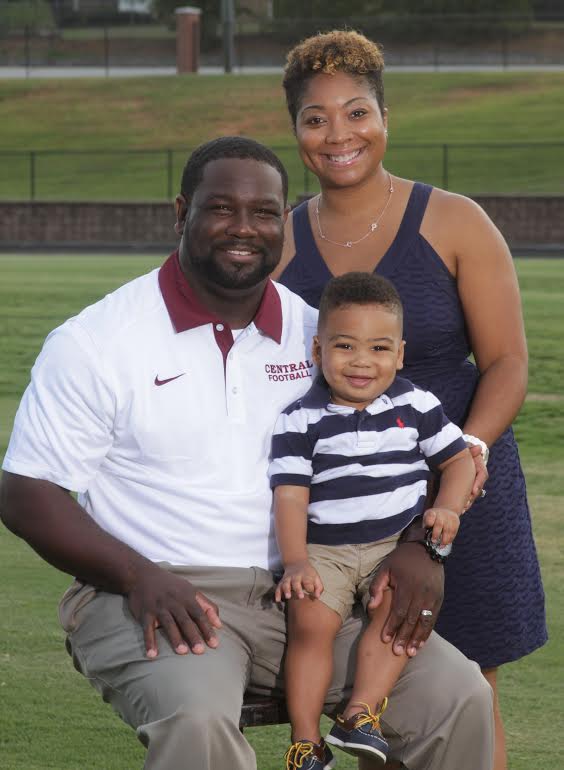 Coach Smiley grew up in Pensacola, Florida, and graduated from Booker T. Washington High School in 2002 where he was an all-state quarterback. Coach Smiley played quarterback at Georgia Southern University from 2002-2006, where he was a member of the 2002 and 2004 Southern Conference Championship teams. He received his Bachelor’s degree in Sports Management from Georgia Southern University and his Master’s degree in secondary education from Grand Canyon University.

Coach Smiley stated, “I am excited to return to Central High School and rejoin the Lion family. As a part of the Central program from 2011 - 2015, I was fortunate to work with two outstanding coaches in Grant Chesnut and Rico Zackery. They did a great job of building a foundation for success that we look forward to continuing in the coming years. The Central community is full of great people who are willing to do what it takes to help our student athletes be successful and I look forward to working hand in hand with them moving forward.”

Central High School principal Jared Griffis said, “We are excited to have Coach Smiley returning to Central to lead our football program. Coach Smiley is a man of high character, high expectations and a unique ability to lead student athletes. He was a big part of our success from 2011 to 2015 and understands what it takes to be successful at Central High School.”

Coach Smiley is married to Brigette Smiley and has a son, Calin (2) and a daughter, Emery (5 months).