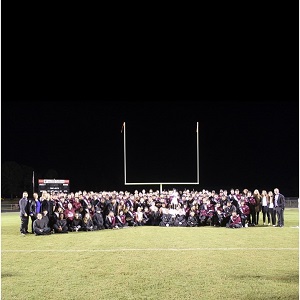 The Marching Pride has now earned a total of 44 Grand Championship awards in the past 21 years. Director of Bands, Mr. Neil Ruby, stated, “I am so proud of the hard work, commitment, and dedication our students put into everything they do on the field, concert stage, and the classroom. While it is wonderful for them to receive this recognition, the most gratifying award is the entertainment and happiness they bring to our audiences throughout the year. These young people are truly changing lives through their music and I’m honored to be their band director.”

Mr. Bryant Turner, Central High School Band Booster President, added, “The band members, staff, and I are so appreciative of the support we receive from our parents, school, and community. Central High School is a very special place where we are truly one community, one family, and one pride.”