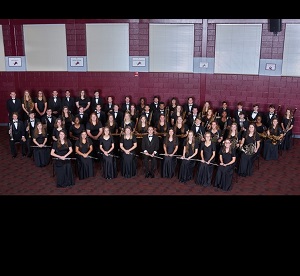 The GRAND NAI, held in Atlanta Symphony Hall, is one of the most prestigious Concert Band and Orchestra Festivals presented in America today. Participating groups represent some of our nation’s most outstanding performance ensembles. The GRAND NAI is composed of groups who have received a superior performance rating each year in district, regional, or state festival for the past three consecutive years.

Bands will perform before a panel of distinguished adjudicators with a special private clinic held after their performance. Ten high schools, from as far away as California will be featured in this two-day event, and this is the only GRAND NAI Event being held in the country this year.

The Central-Carroll High School Symphonic Band has earned Superior Ratings at the Georgia Music Educators Association Large Group Performance Evaluations for 20 consecutive years.  Each year, they have student representation in the GMEA All-District and All-State Bands.  They have won the Smokey Mountain Music Festival on 3 occasions and this will be their 2nd performance in the Grand NAI, the first being in Chattanooga, Tennessee, in 2007.

Neil Ruby, Director of Central-Carroll High School Bands stated, "I am so excited to have this opportunity for our students to perform in Atlanta Symphony Hall.  Our student musicians have worked extremely hard for this and I could not be more proud of their accomplishments and commitment to excellence on the concert stage, in the classroom, and in the community. Atlanta Symphony Hall is home to one of the country's best Symphony Orchestras so this will be a special experience for our Symphonic Band. I am looking forward to the band being featured on a National stage at this remarkable event. This will definitely be a highlight for our band program."