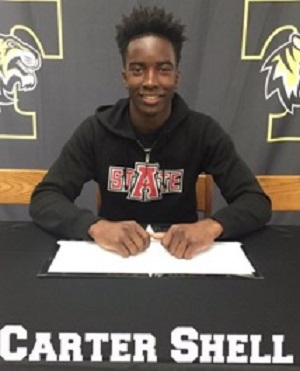 Shell is a 2017 graduate of Temple High School and received a Track and Field scholarship to attend Arkansas State University this fall.