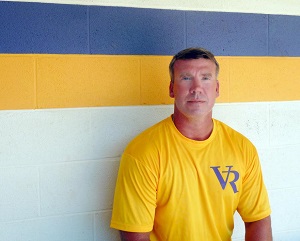 Neal Hannah, Head Baseball Coach for Villa Rica High School, was named Coach of the Year for Region 7-5A. Coach Hannah is in his third year of coaching for the Wildcats and his first year serving as Head Coach. During the 2017 season, he led the Wildcats to a 17-12 record, earning more wins than the last seven seasons. The Team also made their first playoff appearance since 2012, making it to round one of the state playoffs.