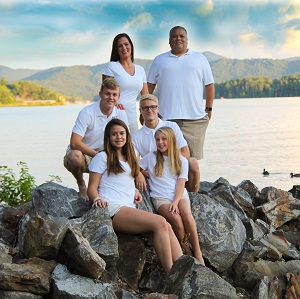 Glen Harding, Principal of Villa Rica High School stated, "We are extremely excited to have Coach Hunnicutt join the VR Family as our head football coach. He has proven experience at the highest level of high school football in Georgia and understands that football games are won in the classroom, weight-room, and locker room.”

Hunnicutt most recently served as head football coach for Grayson High School in Gwinnett County and led the team to success with a two-year record of 19-5 and a Region Championship. He was named the 2018 Region Coach of the Year and has been part of seven state championship teams.

“I am extremely thankful, blessed, and excited to join Villa Rica High School. It’s clear that Mr. Cowart and Mr. Harding have a tremendous desire to positively impact the lives of students in academics, arts, and athletics, while competing for championships. I am profoundly humbled to be part of the Carroll County School System,” stated Hunnicutt.