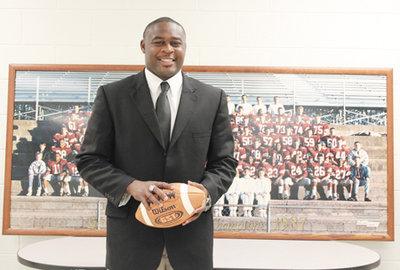 Coach Zackery grew up in Newnan, Georgia and graduated from Newnan High School in 2002 where he was an all region defensive back. Coach Zackery played defensive back at Georgia Southern University from 2002-2006, where he was a member of the 2002 and 2004 Southern Conference Championship teams. He received his bachelor’s degree in Sport Management from Georgia Southern University.

Coach Zackery stated, “My family and I are excited to join the Wildcat family and return to Carroll County. I appreciate the opportunity that Mr. Harding, Mr. Cowart and the Board of Education are giving me at Villa Rica High School. Villa Rica is an outstanding community and we look forward to moving to the community and getting to know all those who support Wildcat football. We are going to work hard, be mentally as well as physically tough and play a brand of football that the Villa Rica community will be excited about.”

Coach Zackery is married to Sikithea Zackery and has two daughters Skylar (3) and Sydney (5 months).